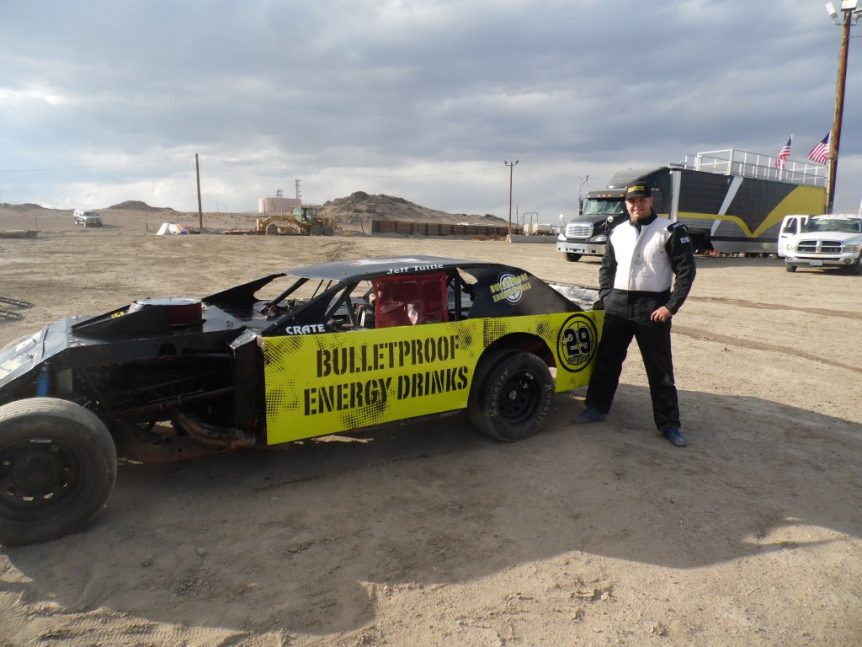 Jeff is an up and coming driver on the IMCA Sport Modified circuit and he is in the Army Reserve.

Jeff grew up at the local dirt track in Watsonville California. Where his step dad raced in the American Stock division. Jeff joined the Army in 2009 as a diesel mechanic and was stationed in San Pablo, Ca. Jeff has since been in the Army for 6 years. Jeff got his start in racing from his step dad, Chris Juhl, in 2010. He bought a 1988 Toyota Celica and 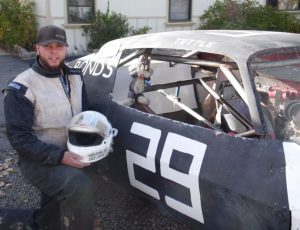 began racing in the “4 Banger” division. 4-clyinder fwd street cars that were only allowed to be gutted and caged. He later moved to Reno in 2013 where Jeff and Chris built an IMCA Sport Mod. He won back to back feature wins during Lovelock Speedway’s Frontier Days and took 3rd in State Points. However, in 2014 during the first race of the year Jeff was involved in a wreck destroying his modified. With the IMCA Sport Mod division car count being so low he decided to build a Hobby Stock which boasted upwards of 20 cars on a nightly basis. TJ Racing is a family owned team with Jeff owning the car himself. Jeff continues to pursue his first track championship and plans on racing full time at Rattlesnake Raceway in Fallon, NV.